Freewriting is important for organizing your ideas and overcoming creative challenges like writer's block. But there's more to it than "write quickly." Here's a quick guide to answer all of your questions and decide if freewriting will benefit your writing process. 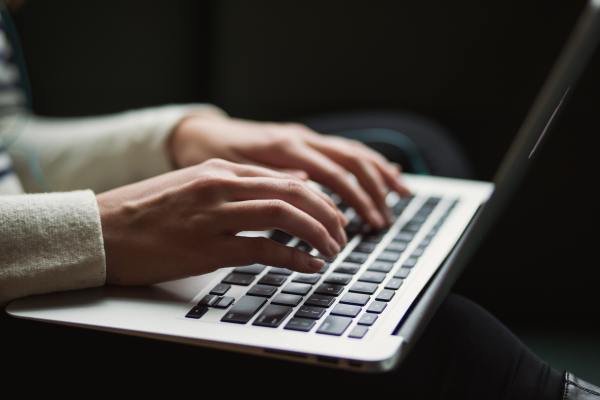 When we write, we're never just concerned with the words on the page. We're thinking about what the reader will think, whether they'll comprehend it, and how certain parts connect to the overall picture as we avoid spelling and grammatical errors. Freewriting's objective is to eliminate all of those peripheral distractions so you can focus exclusively on writing

Of course, the completed product will not be “publishable.” The goal is to expose your writing's core and pure essence without being distracted by those extraneous factors.

The advantages of freewriting include organization, brainstorming, and inspiration, as well as the overcoming of writer's block and the reduction of various anxieties. Writing anything down, even if it is not perfect, may be beneficial in terms of creativity.

Freewriting can also help a writer overcome some of their own internal hurdles: self-criticism, disinterest, anxiety about failure, unhealthy perfectionism, and even deadline terror.

Freewriting, like brainstorming, generates a few of concepts that you may later rearrange and develop further. Unlike brainstorming, freewritings adds understanding into the best order of your topics and overall structure. It can also aid in the development of your unique writing voice. Furthermore, it can inspire new ideas that you hadn't yet thought of.

Furthermore, because you're actually writing, you can put down some ideas, words, or sentences that you may use in your first draft after a good polish.

Typically, a writer sets aside a certain amount of time—typically 15 to 20 minutes—and writes without stopping. You may start with the most basic ideas if you already have one. If not, write about anything that comes to mind. When you make a mistake, don't stop. Don't worry about what your reader will think or what the following sentence will be; just keep going regardless. Embrace the flow and let it take you where it wants to go.

Freewriting is meant to be haphazard, unorganized, and rife with mistakes. That's how you get your raw and unpolished thoughts. Give yourself permission to write badly; you'll be amazed at how much excellent work emerges when you relax the pressure on yourself.

When you make yourself write under these circumstances, it creates a certain mental attitude. It stimulates the area of your brain that isn't weighed down by distractions such as worrying what the reader will think or how to spell "occurred." Freewriting is just what you need when you're blocked creatively or overwhelmed by too many options at once.

There are no hard-and-fast rules when it comes to freewriting (that's why it's called freewriting), but there is one you must follow: don't stop writing until the time limit has been reached. Whether you're typing or writing out freehand, your hand should be in motion at all times. This is one of the benefits of freewriting; it compels you to write something, overcoming any resistance, especially from yourself.

What if you have no idea what to write? Even something as simple as, "Help, I don't know what to write," will suffice for freewriting. Your mind will generate anything after a few minutes of quiet time—those are usually the moments when creativity is just around the corner.

When should I freewrite

Freewriting is a helpful approach for the early phases of writing. However, it may be used at many other times.

When you have writer's block

Freewriting is a popular technique for overcoming writer's block and other creative roadblocks. Writer's block is most often caused by fears and anxieties, which are sometimes subconscious. Freewriting relieves those worries by providing a secure space where mistakes are not only forgiven but also encouraged.

You're stressed or overwhelmed

“How am I supposed to begin writing everything down?” If that's you, freewriting is the place to start!

Freewriting is great for putting thoughts on paper, as it doesn't involve intensive brainstorming. The stress of getting started is frequently enough to prevent us from starting, thus freewriting provides an escape hatch.

It's not only about learning vocab and usage—becoming fluent in a second language also demands that you think quickly and generate the correct phrases as soon as possible. Freewriting in a different language improves your time-sensitive language abilities. Even if you make grammatical errors while freewriting, it's a wonderful technique to practice organic expression in a new language.

You're new to writing

Writing ability improves with experience. If you're just getting started, try freewriting to build up your foundations. Take it as a sort of warm-up exercise in the world of literature. Try doing a daily freewrite and see how much better your writing gets after only a few weeks!

WriteMore is the best place to start your journey into freewriting. With WriteMore, you can establish a daily freewriting goal and track your progress! Never worry about forgetting a day with our easy to schedule email and text reminders. Plus, we are totally free!