Reasons Your Book is Getting Rejected by Publishers.

Why is your book getting rejected? You've sent it to dozens of agents and publishers, but none of them has taken a bite. What's going on here?

Let's set aside some of the obvious issues (such as an awful query letter, targeting the wrong agents, and so on) and concentrate exclusively on the text itself and the difficulties that might lead to it sailing into a publisher's trash can. 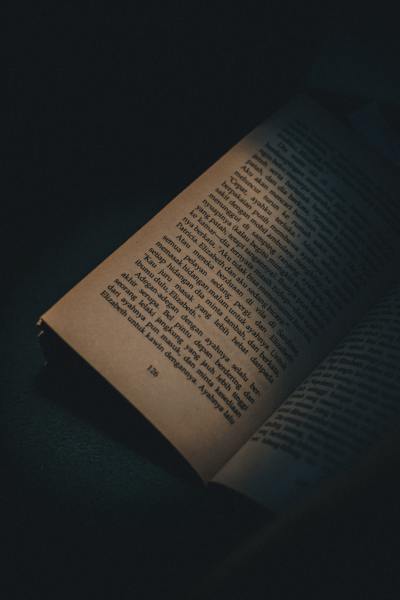 The quickest way to create a unique voice is to write, write, and write some more. Experiment and don't be scared to try new things; everything you write doesn't have to be publishable.

Viewpoint is significant, and if you mess it up, it's difficult to repair and can take a long time in the editing process, making mistakes in viewpoint a near-certainty of getting your work rejected.

Characters that are always perfect are hated. When characters have flaws and act like real people, they become more interesting. A self-sacrificing character who simply wants the best for everyone is uninteresting; it's just boring! Make your characters have detestable qualities, aggravating mannerisms, and controversial beliefs, but make us love them anyway.

Check out some of these tips on developing characters.

4. You are a style over substance writer

This is a variation of the previous problem regarding your voice. Some amateur authors are full of voice. "Look at me, look at how cool I am, how hip I am," etc., may be found in their writing. This can come across as poetic or in your face loud and proud. While the voice is solid, there isn't much else going on around it. It's like hearing a madman talk – entertaining for a few minutes, but it quickly gets old because of a lack of story and conflict.

The term "conflict" refers to a problem or an issue that arises as a result of something being in opposition. This implies that a book is far greater than simply a collection of events. Everything that happens in the book must have conflict (whether internal or external) for the protagonist to overcome.

Conflict is what makes a book compelling, and it takes both elements to make it work. Who cares if something gets in the way of something a character doesn't want? If the protagonist wants something but nothing stands in their way, so what? Make sure that each chapter of your novel has both sides of the conflict equation.

6. Your book's first chapter is boring or confusing.

Opening with backstory, telling, and infodumps is a big no-no! The first chapter should entice the reader to continue reading and pique their interest in the plot ahead. A perplexing first chapter is just as terrible as a dull one if agents or publishers are perplexed by what's going on. This is the same thing that happens to a book when it becomes horribly vague. False mystery, by which I mean hiding elements of the plot or information about the characters for no purpose other than to create mystery, is annoyingly coy.

A novel that relies on telling is tedious to read and fails to entice the reader into the narrative. It's difficult to communicate all of the details necessary while maintaining a fast pace when your story has a lot of intricacy (as seen in science fiction, fantasy, and historical fiction). It's also annoying and off-putting to reveal everything from feelings to abilities, as well as the connections between characters.

8. Your main character has no skin in the game

Your protagonist's existence must be in jeopardy, whether it's his or her life or someone else's. That doesn't negate the importance of something personal at stake. Whatever the book's major objective is (saving the world, battling antagonists, exorcising a haunted home), your protagonist must have something invested in its success or failure. Readers will spend the whole book wondering why they don't walk away from the conflict without losing anything if the protagonist can do so.

Have you ever yelled at the television in a haunted house film, "Why don't you just pack up and leave!"? This is how you avoid it by putting your protagonist's life in danger (a kidnapped loved one, financial ruin, etc.)

9. Your characters lack clear motivation, or lack any motivation

The protagonist's motivation is critical to a compelling narrative. Readers can't support a character who has no reason for what they're doing or whose motivation changes throughout the story simply because it makes for a more exciting plot. The payoff when the character reaches their goal is one of the main attractions of reading, but no motivation equals no payout.

Ask yourself what your character's reason for doing something is. If you say, "doing the correct thing," that isn't good enough. Characters must be driven by something personally relevant (selfish or not!) in order to engage readers.

A story's plot may not be entirely original, as we've said before. It is not even necessary to try to be completely unique; the only thing that matters is that you can answer the question, "What makes your book different from others?" If you're writing a love story, for example, what sets it apart from the rest? Why should our audience care? What's the difference between this one and other similar stories? Why should publishers be interested in paying to publish it?

If you can't answer this one, start thinking about how to make your book more distinctive. What would be a unique aspect I could add to this narrative? There's no need to go crazy and produce something ridiculous. Simply adding one or two elements that set your work apart from the competition is enough.